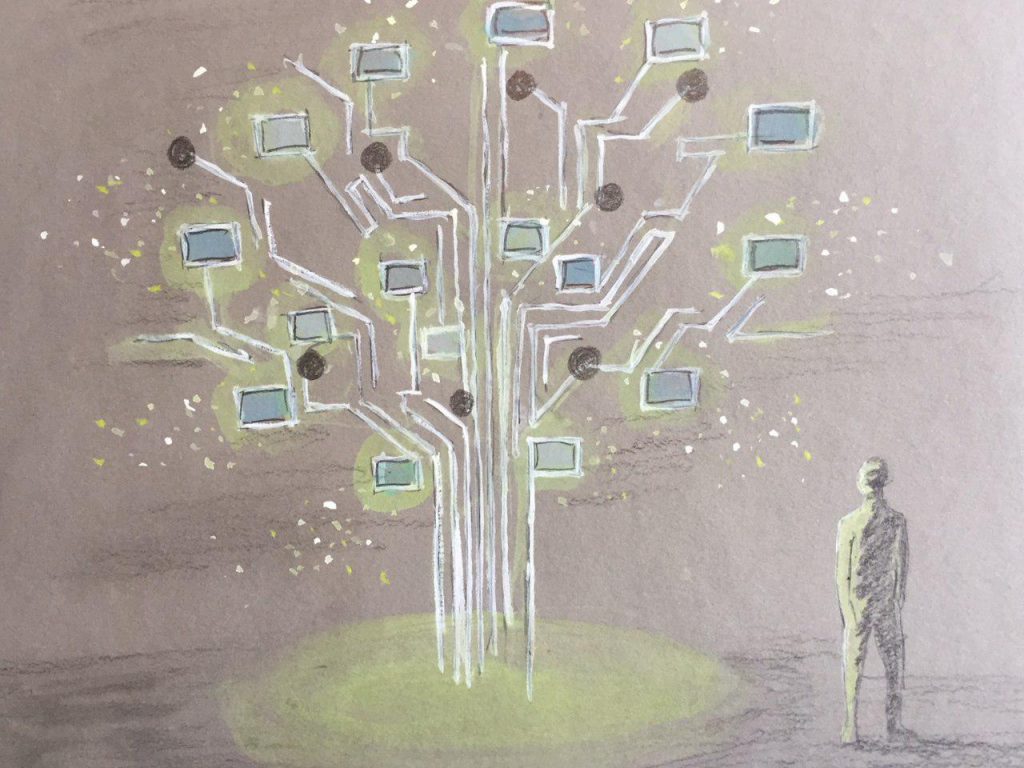 The aim of the research project is to examine the classical concept of figures in the age of invisible digital avatars. Figures presuppose a kind of unity (be it as text, in the form of a role or as clearly identifiable patterns of behaviour, etc.) – a theatrical concept that for the time being does not seem appropriate in today’s very open, playful and interactive digital world. And yet, precisely because of the unease with some non-tangible developments in the field of so-called artificial intelligence, we see that there is an inherent need for recognisable forms that can be grasped in thought.

We want to theatrically meet this need first with the help of the inverted Turing Test on a linguistic-communicative level and establish a “known” communication with the machine. In doing so, it is not the human being who poses the questions, but the computer; – entirely in keeping with Jürgen Schmidhuber’s definition of artificial intelligence as a curious and creative machine. As a prototype, an experimental chatbot is to be developed, which involves its counterpart in this curious dialogue (using the open source GPT-2 language model, the most modern and strongest text/voice AI method available today). In our artistic investigation of the linguistic-interactive aspects, we also want to try out other forms of possible communication with the bot/the AI, e.g. via pictures or music. Under which circumstances are which feelings towards the machine triggered? Can the machine be perceived as a theatrical actor, as a “figure”? And how should it appear aesthetically? Is it necessary for it to appear as a humanoid robot? In our future theater work we would like to develop new theatrical forms and actors from the new digital means.

Supported by the Fonds Darstellende Künste.